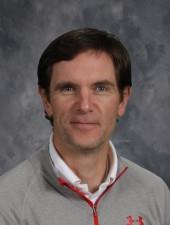 Jacques du Vair is in his third decade of teaching.  He has worked as an English teacher (6 years), a dean of students/athletic director (4 years), and at-risk/alternative teacher (6 years), and as an advisor at Idea (7 years).  He graduated from UW-Superior in 1993 with his bachelor’s degree in English education and earned his master’s degree in 2009 from Marian University in at-risk education. In addition to teaching, Jacques has coached hockey, softball and baseball during his time in education.

While education has always been a rewarding endeavor for Jacques, working at Idea has been his dream job.  The opportunity to see students make the journey from scared and unsure sixth graders to mature, confident graduates of Idea is second to none.

In his spare time, Jacques enjoys time with his family, all sports, reading and watching the Cubs win another World Series.